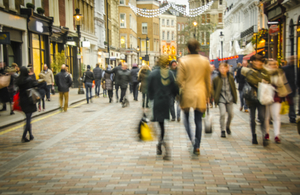 UK secures the rights of millions of EU citizens

More than 6 million applications were made to the EU Settlement Scheme before the 30 June deadline, marking an astonishing success in protecting the rights of EU citizens in the UK.

Statistics released today (Friday 2 July), show there were 6.02 million applications made to the scheme by 30 June, with 5.1 million grants of status.

The surge in applications, including more than 400,000 in June alone, means that there are around 570,000 pending applications. The government has repeatedly assured those who applied before the deadline that they will have their rights protected until their application is decided, as set out in law, and they have the means to prove their protected rights if needed.

People who submitted an application by the deadline receive a Certificate of Application, which they can use if they need to prove their immigration status for any reason, such as taking up a new job or renting a new property.

When we left the EU we promised to protect the rights of EU citizens who have made their life in the UK, and developed the hugely successful EU Settlement Scheme to ensure they could call the UK home in the years to come.

Having more than 6 million applications to the scheme is an unprecedented achievement and I am delighted that we have secured the rights of so many EU citizens – our friends, neighbours and family members.

Most non-complex applications are still being decided within five days. The Home Office has also put extra resource into concluding applications as quickly as possible, while around 5,000 older cases cannot progress as they are held at the suitability stage, for example awaiting the result of a pending criminal prosecution.

The government will take a flexible and pragmatic approach to considering people’s reasonable grounds for applying late. The Home Office has published non-exhaustive guidance setting out where somebody may have reasonable grounds to make a late application and has said it will continue to look to grant people status rather than refuse.

Those currently receiving benefits who have not applied will not see their payments stop immediately and the Home Office is working closely with the Department for Work and Pensions and HM Revenue and Customs to reach out to people who may be eligible to apply. It is important that anyone eligible who has not applied to the EUSS does so to ensure that benefit payments do not stop, and help is available for people who may need to apply.

If somebody who may be eligible for the EUSS and has not made an application is encountered by Immigration Enforcement, they will be issued with a notice giving them a further opportunity, generally 28 days, to apply to the EUSS, and will be signposted to the support available to do so.

Support for applicants will continue to be available through the Settlement Resolution Centre, Assisted Digital and the network of 72 organisations across the UK grant-funded with £22 million by the Home Office through to 30 September 2021 to help vulnerable groups apply. A process is in place to prioritise late applicants where they may be at risk of destitution.

I’m delighted more than 6 million applications have been made to our hugely successful EU Settlement Scheme and we have a team of 1,500 caseworkers working on those outstanding.

The safeguards we have built in to protect those who have not yet applied, but who may still be eligible, will mean everybody will be able to get the status they deserve and if you did miss the deadline I would urge you to get in touch today so we can help.

The EU Settlement Scheme opened on 30 March 2019 and there will be indefinite scope for those with reasonable grounds for applying late to do so.

The EU Settlement Scheme has been open for applications longer than any scheme for UK nationals in the EU. In comparison, schemes in ten EU countries, including Austria, Belgium, France, Slovenia, and Sweden, are open for a year or less.

Further information on the EU Settlement Scheme is available on our media blog.

Source: .gov.uk
0Shares
Next
We use cookies on our website to give you the most relevant experience by remembering your preferences and repeat visits. By clicking “Accept”, you consent to the use of ALL the cookies.
Cookie settingsACCEPT
Manage consent

This website uses cookies to improve your experience while you navigate through the website. Out of these, the cookies that are categorized as necessary are stored on your browser as they are essential for the working of basic functionalities of the website. We also use third-party cookies that help us analyze and understand how you use this website. These cookies will be stored in your browser only with your consent. You also have the option to opt-out of these cookies. But opting out of some of these cookies may affect your browsing experience.
Necessary Always Enabled
Necessary cookies are absolutely essential for the website to function properly. These cookies ensure basic functionalities and security features of the website, anonymously.
Functional
Functional cookies help to perform certain functionalities like sharing the content of the website on social media platforms, collect feedbacks, and other third-party features.
Performance
Performance cookies are used to understand and analyze the key performance indexes of the website which helps in delivering a better user experience for the visitors.
Analytics
Analytical cookies are used to understand how visitors interact with the website. These cookies help provide information on metrics the number of visitors, bounce rate, traffic source, etc.
Advertisement
Advertisement cookies are used to provide visitors with relevant ads and marketing campaigns. These cookies track visitors across websites and collect information to provide customized ads.
Others
Other uncategorized cookies are those that are being analyzed and have not been classified into a category as yet.
SAVE & ACCEPT